UPDATE [Jan 7, 2021]: Facebook is now forcing WhatsApp users to share their data or have their service cut off. It’s time to quit using WhatsApp. I suggest using Signal. Also, a good article on getting started with Signal.

Ever since WhatsApp was acquired by Facebook in 2014 for a staggering $19B, the extremely popular global messaging app has been losing its focus on privacy. WhatsApp co-founder Jan Koum (who grew up in the Soviet Union) has now left Facebook, and with him WhatsApp may have lost its last hope for retaining the user protections Koum carefully put in place. If you even considered leaving Facebook, you should consider leaving WhatsApp.

Cell phone providers always seem to be competing in ‘unlimited’ vs metered features. Back in the day, we used to have free local calls, but paid for long distance calls by the minute. And then they started including free national long distance and then charged us by the text message. Text messaging is unbelievably cheap for carriers, so this period of our cellular plan history was particularly infuriating. At some point, national texting joined national calling in the ‘unlimited’ list, but cell phone providers still charge an arm and a leg to use these features across national boundaries.

While telecom providers often have their customers in a near-monopolistic death grip, smartphones are built to allow third-party applications. And so, messaging apps started popping up all over the place, allowing users to send text messages and make voice calls all over the planet for free. WhatsApp rose to the top of these applications and had over 1.5 billion users as of February 2018.

Don’t get me wrong… as a communication application, WhatsApp has a lot of great features and works quite well. But while the original company was very focused on privacy, Facebook (as we all know) is about marketing – and that means mining and monetizing your personal data. That’s in direct conflict with privacy, no matter what they tell you. And it appears that co-founder Koum has had it with the “lip service” Facebook pays to privacy.

So, what are your other options? There are many, actually. Apple’s iMessage is actually fairly private – but you can’t use it on Android devices or Windows PCs. If you’re going to choose a new messaging service, there’s really no point in going with something that won’t work for everyone. You could look at some secure messaging apps like Wire, CryptoCat, ThreeMa and Telegram (which has been in the news a lot lately), but to me, there’s one clear winner…

Signal is a highly-secure, cross-platform messaging app developed by a crack team of privacy-minded crypto nerds at a company called Open Whisper Systems. The other crypto experts all love it – and they can make truly informed recommendations because Signal’s source code is open for all to see (and vet). The app runs on iOS (iPhone/iPad), Android, Mac and PC – and it’s totally free (though the organization does happily accept donations).

Signal will allow you to send text messages, images, and videos, as well as make voice and videos calls, anywhere around the planet with no text, SMS or long distance fees. (Data rates always apply, of course, if you’re using cellular data – those cell providers always manage to get their cut.)

But this isn’t just about saving money or even about protecting your personal communications. This is about showing your support for services that don’t track you and showing your disdain for those that do. This is about affirmatively asserting your fundamental right to privacy as a human being. I know that may sound a little over the top, but trust me, it’s not. We’re losing the battle for privacy right now. And as this brilliant and insightful talk from Glenn Greenwald explains, democratic society and even basic human progress requires that we have some parts of our lives that we can keep to ourselves. Seriously… go watch that video right now. Then go get Signal. And tell your friends and family to do the same. And USE IT.

(Note: okay, if for some reason Signal doesn’t work for you, Wire is a close second.) 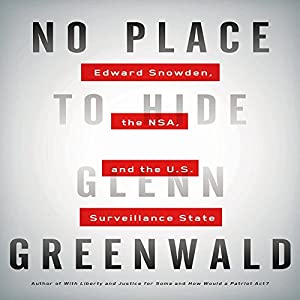 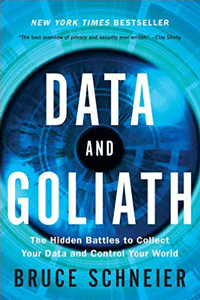