I was approached by the continuing education group at Duke University to give a lecture on computer security and privacy, which I did last October. It was quite the hit and I will now be teaching a 6-week course for Duke on the same topic, starting mid-April of 2016! I’m very excited! I’m planning to
Read More

Sorry for the long break between posts. Lots going on for me right now. I would encourage you to have a look at my Twitter feed to keep track of key updates. It’s about the only thing I’ve kept up on lately. https://twitter.com/WawaseeMedia
Read More 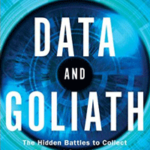 Here are some top stories from the last month: The FREAK bug. You can read the in-depth info here, but the gist of this is that a “man in the middle” could force an encrypted HTTPS web connection to use really old and really weak encryption, thus allowing someone (probably the man in the middle)
Read More