Thanks to everyone who entered my giveaway for the new 4th edition of Firewalls Don't Stop Dragons! Here are the 15 winners...
Read More

If you’re a Windows PC user, you know the term “bloatware”, or maybe “crapware”. Every consumer PC comes chock full of it. Free trials of games, cloud storage services and antivirus software. Half a dozen “helper” apps from the PC manufacturer. Pre-installed calling, chat, and shopping services. It’s a mess. But these unwanted apps aren’t
Read More

[NOTE: This contest is now over] The 4th edition is officially out!! You can order it here: Amazon Apress Barnes & Noble But I’m also running a contest to give away 15 free copies! Five top winners will receive a signed paperback copy of the book! Ten more winners will get a free digital (PDF)
Read More

If you have a Wi-Fi router made by Netgear, you need to pay close attention to this one. Most Netgear routers (79 models), even as old as 2007, are vulnerable. According to a report by security research firm Trend Micro, Netgear routers have a flaw that could allow a remote attacker (anywhere on the internet)
Read More 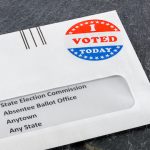 This year’s election in the United States is arguably the most important election in modern times, for several reasons. With the 2020 general election just 20 weeks away, and with no relief in sight for the coronavirus pandemic, we all need to set up our contingency plan now: vote by mail. Vote By Mail Election
Read More